Cliff top soil failures are a common occurrence along the coastal margin of the Auckland Urban Area. With the continued development of this space for residential infill housing the impact of localised slope failures have increased. As the majority of development along the coastal margins are privately owned, any remediation measures proposed must be cost effective for individual landowners, constructible and provide a robust engineering solution to meet local authority requirements.

Earth Stability is a finalist for the second year in a row for the Westpac Auckland Business Awards 2018 for Excellence in Customer Service Delivery! 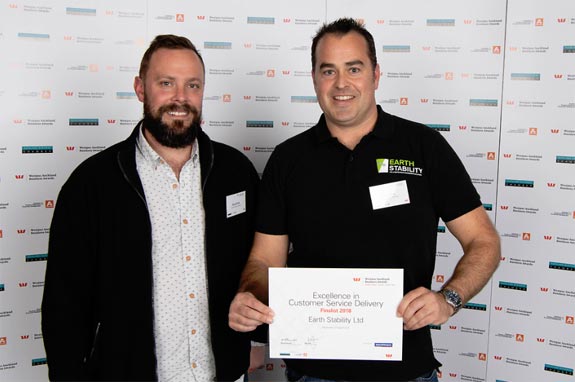 Auckland- based civil engineering contractor, Earth Stability, has been crowned the 2018 Westpac Business Growth Grants winner and will receive $50,000 to continue to help grow their business. 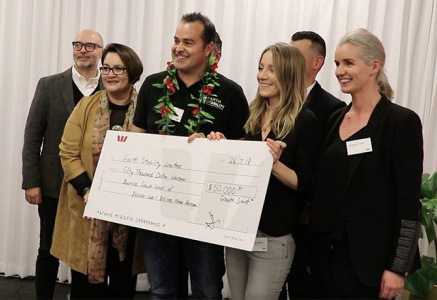 The Westpac Business Growth Grants help upcoming Kiwi businesses reach their potential, no matter location, industry, or even if a Westpac customer.

This is the fourth year the Growth Grants has been run, with Kiwi SMEs keen to grow telling us what their growth vision is, and a panel of judges select six finalists and one overall winner, who will be announced on 26 July. Earth Stability is proud to represent the Auckland / Northland region.

And the finalists are…

An impressive slope reinforcement wall at Millwater completed by Earth Stability, over 3,000m² completed in under 2 weeks. 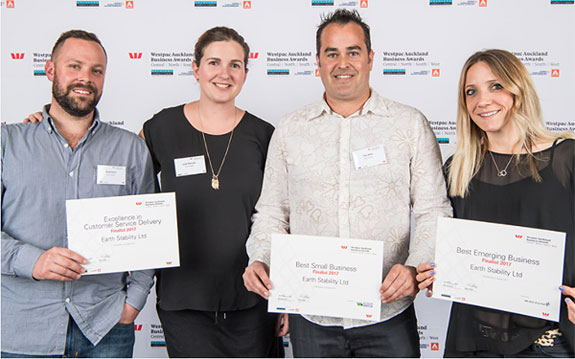 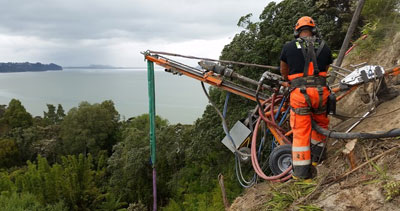 Earth Stability Limited (ESL) is a leading specialist in slip repair and ground reinforcement works with a reputation for creating and delivering cost-effective, practical and value driven solutions in the most challenging environments. Since ESL's incorporation in 2012, Managing Director Tim Allen has led its highly skilled teams to collect six awards for its projects. Each of these award winning projects, have utilised products supplied by Easysteel.

Earth Stability Digs Out A Niche 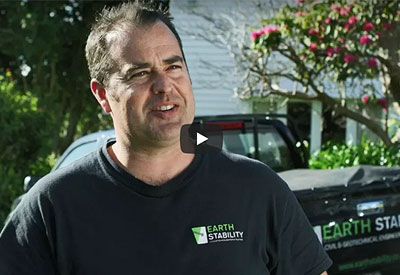 Tim Allen had been in contracting his whole life and worked with some great inspirational family-owned businesses. He had always wanted to work for himself and saw a gap in the market for a smaller player to take on the hard jobs. In 2011, Tim set up Earth Stability, just him on his own. His office was a bench in the laundry and he had a piece of gravel out the back of a dairy in Grey Lynn. A three-year old and a second child on the way added to the general stress levels. “We’d committed to buying our first piece of equipment with no jobs to pay for it,” says Tim “but as I was unpacking it, the first job came in.” 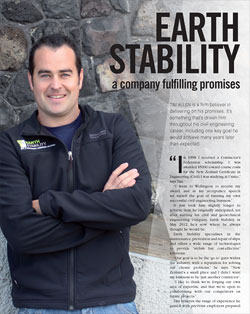 TIM ALLEN is a firm believer in delivering on his promises. It’s something that’s driven him throughout his civil engineering career, including one key goal he would achieve many years later than expected....

A quote from the article:

“Our goal is to be the ‘go to’ guys within the industry,
with a reputation for solving our clients’ problems”

Read the full article as a PDF 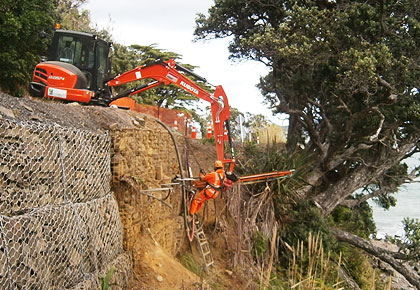 Earth Stability Limited (ESL) is a New Zealand contractor which specialises in slip repairs with difficult and restricted access.

ESL were recently engaged to undertake emergency slip repairs to a section of failed gabion wall located on the Colville Road, north of Coromandel township.  This problem is commonly faced by roading authorities throughout New Zealand.

The failed wall was located on an extremely narrow section of road with a near vertical 10 metre drop to the coast.

This project involved drilling and installing 10 metre deep drilled and grouted rock anchors through the existing gabion rock baskets.  To do this ESL utilised one of their specialist excavator mounted rock drills, mounted to one of Kennards Hires’ new mini extractors, powering it by a 400cfm compressor, also supplied by Kennards.

ESL have developed a rapid and highly cost effective solution to this problem, which provides an alternative to the more expensive and disruptive replacement options currently utilised in the industry.

Since its establishment in 2012, Earth Stability has fast established itself as a market leader in slip repair and slope reinforcement work.   Our mission is to produce exemplary quality, cost effective, value driven work and to do this safely and respectfully.  The presentation of the following awards to Earth Stability is testament to us that we are continuing to achieve those goals.

Winner of the 2016 Hynds Construction Awards Category A - Projects up to $100,000 for our work at Fairclough Road

(Finalist of the 2016 Hynds Construction Awards Category B - Projects over $100,000 for our work at the NZDF Base at Kauri Point)

Winner of the 2015 Hynds Construction Awards Category A – Projects up to $100,000 for our work at Cliff Road Landslip Remediation